41.       The idea of collective responsibility in the Executive branch of government means that..
A.      No single member of the Executive can take any responsible decision
B.      A member of the Executive has no way out of decisions made in that body
C.      A member of the Executive cannot publicly criticize decisions collectively made without first resigning
D.      Responsibility within the Executive is not unilateral
E.       Parliament must ratify Executive decision collectively reached.
42.       Indirect Rule, as practiced by the British in their West African colonies
A.      Did not attempt to reform existing traditional institutions
B.      Was over glorified and expedient nonsense
C.      Satisfied neither the rulers nor the ruled
D.      Had nothing in common with the reality of French rule in their colonies
E.       Meant ruling through existing rulers and attempting to check excesses.
43.       The French idea of assimilation as applied in their colonies
A.      Was to make Frenchmen out of African subjects
B.      Would have been allowed to produce more Frenchmen in the colonies than in France itself
C.      Recognized real value in traditional African culture and was merely aimed at upgrading it
D.      Produced nothing but African puppets in the colonies
E.       Was abandoned within a couple of years of its operation
44.       The most remarkable thing about post-independence political development in the Gambia is
A.      that the country has been swallowed up by the much bigger country of Senegal
B.      the relatively untarnished reputation of Sir Dauda Jawara
C.      that without  reliance on overwhelming force, the government has remained in power and tolerated opposition
D.      the uniquely robust economy which the government has succeeded in establishing  for the country and distributed fairly among its people.
E.       The existence of opposition parties
45.       The dominant idea behind the establishment of the Organisation of African Unity is
A.      That Africa must unite
B.      To show the world that Africa can also do what Latin American and Asian countries have done
C.      To provide a framework and opportunities for co-operation on common African problems
D.      To promote economic development of Africa
E.       To have its Secretary-General co-ordinate the foreign policies of member states.
46.       The nationalist movements in Nigeria and Gold Coast (Ghana)
A.      Were different from each other in all respects
B.      Produced the same results in both countries
C.      Were dominated by traditional rulers
D.      Influenced each other significantly
E.       Were led by philosopher-kings
47.       The new Local Government Reforms in Nigeria
A.      Seek establish uniformity in type, purpose and function of local authorities
B.      Make traditional rulers more powerful than ever before
C.      Are waste of time and the federal government’s money
D.      Promote unity but allow for some diversity in the structure of local governments
E.       Would definitely establish clean and efficient governments at the local level
48.       The treaty establishing the Economic Community of West African States (ECOWAS) was
A.      Concluded in Lome (Togo) in December, 1976 after hard and extensive negotiations
B.      Designed as the main pillar on which an eventual African common market  would be built
C.      The brain-child of Togo and Ghana
D.      Signed in Lagos in May, 1975, promote trade and other economic co-operation in the region as a whole
E.       To immediately eliminate tariffs and other barriers to trade among members
49.       The principle of universal adult suffrage refers to
A.      The right of all adult people to vote
B.      The structure of political parties
C.      The legal nature of a constitution
D.      The right to free speech
E.       All of the above
50.  A Constituency
A.      Is the same as a Legislature
B.      Is part of the campaign process
C.      Is an area or district in which the inhabitants can send a representative to Parliament
D.      Is an important part of every monarchy
E.       Consist of party executives and free-wheelers.
You can do the CBT for 1978 Government Past Questions to test your knowledge by clicking HERE
DOWNLOAD YOUR JAMB PAST QUESTIONS AND ANSWERS HERE FOR FREE 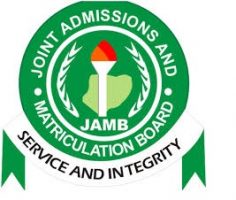 How To Get NIN For JAMB 2020 Registration

JAMB Starting Date for 2020 is close and Jamb has announced that Students who wish to register Jamb 2020 must first register for NIN with the National Identity Management Commission (NIMC) to enable them obtain the National Identification Number (NIN). This will become a document for …

How to Upload O’Level Result on JAMB Portal/Profile

This is a simple step to upload your O’level result in case you used awaiting result during registration.  So for those that did that kindly follow this steps to upload your results. How to Upload O’Level Result on JAMB. 1. …