Let me take you back, to about a decade ago, when there was no love lost between women and football.

Scenario:
He’s tried to do football banter with her for a couple of days now. The big league thing is coming. ‘Up man united’!
Duh! She won’t budge.

Analysis:
You see she’s not into football. She just doesn’t care. ‘What’s the fuss about?’ Big shot footballer earns thousands of Dollars. ‘How does that affect me?’

Scenario:
Well, the game is here and the living room is packed full. He won’t watch it alone. They scream and holler, follow the ball around with their heads and feet. They sit at the edge of their seats ready to bolt out of them the moment the rubber hits the net. They’re sweating and puffing, short of foaming at the mouth.

But that was then.

This is the 21st century, the world has changed.
And what a great change it is to have football tension and excitement energized by Pink Blood. We now know the plays and the club names. We know the coaches and technical advisers. The players and their pay package is no more masculine jargon, plus we can holler with the best of them. Amazing!

I have this problem though. Please don’t tell anyone but I’m old school. As pink as my blood is, I just can’t seem to catch on.

Look, I just discovered a few days ago that Barca was and has always been Barcelona.
Believe it or not, I don’t know what an offside is. How long exactly is half time?
Penalty? I guess that’s when a couple of players line up with their backs to the goal post, someone kicks the ball and they all scramble for it like children. Hee haw!

My friends Grandma once said “Why are they all fighting and running after one toy? Give them a toy each and let them play!”

But seriously, I guess I could try, really.
No matter how much of a fan I become though, I’ll never visit a ‘viewing centre’ with a bunch of huffing and puffing men (or women), I’ll never pay to go watch a live game, even if I get a return ticket to London (this one is still under review, lol).

I’ll only agree to watch a game from start to finish if we’re just two in a room and the other person does not breathe a word of exclamation at any point, of course with a lot of Coke thrown in for good measure.

Under these simple and sensible enough conditions, I join the club!

UPON MY PATH BY ANDERSON PAUL 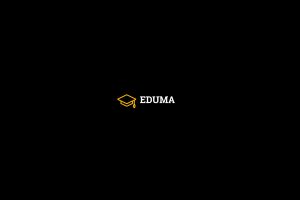 THE LOVELY TUNE by QUEEN-BEE